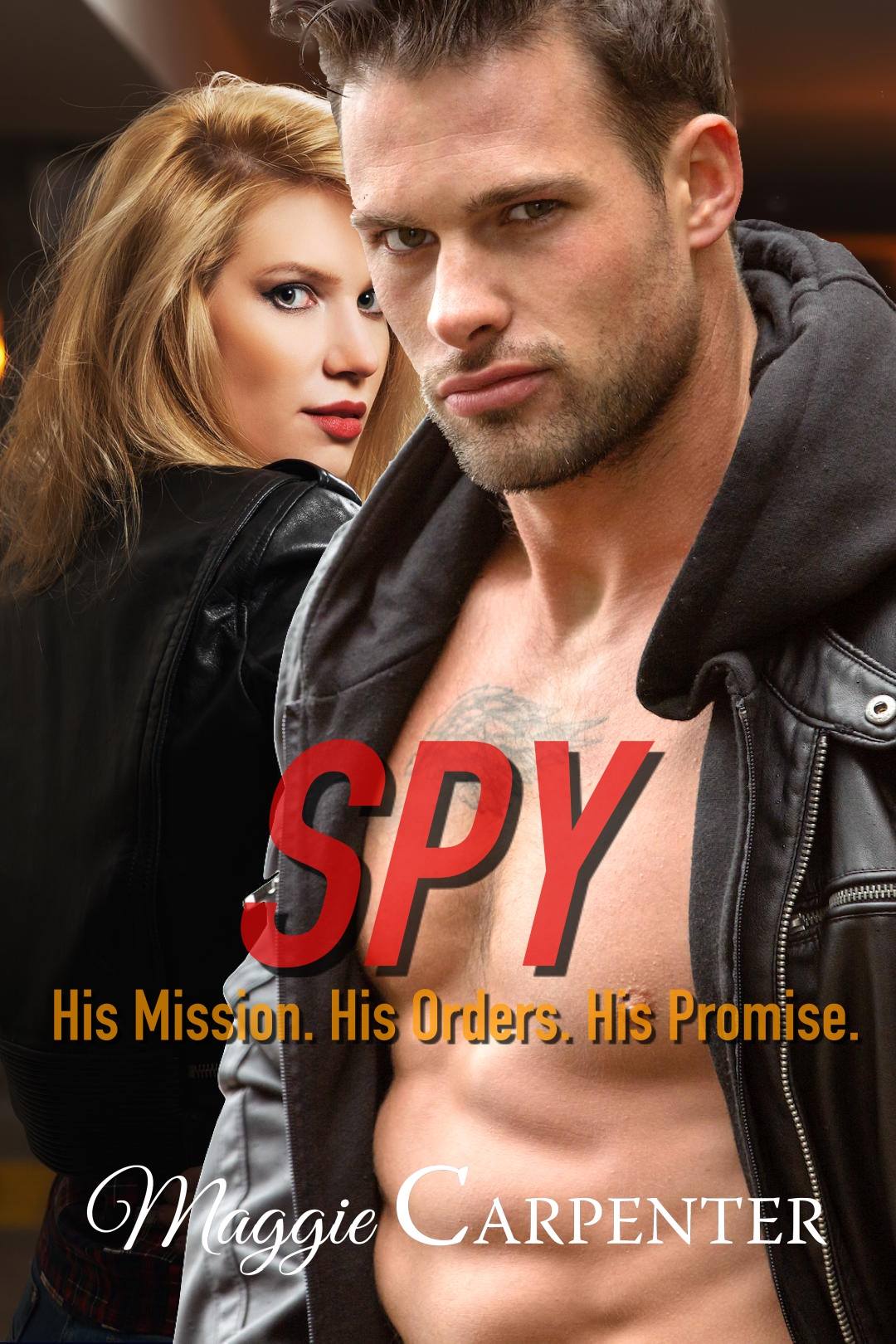 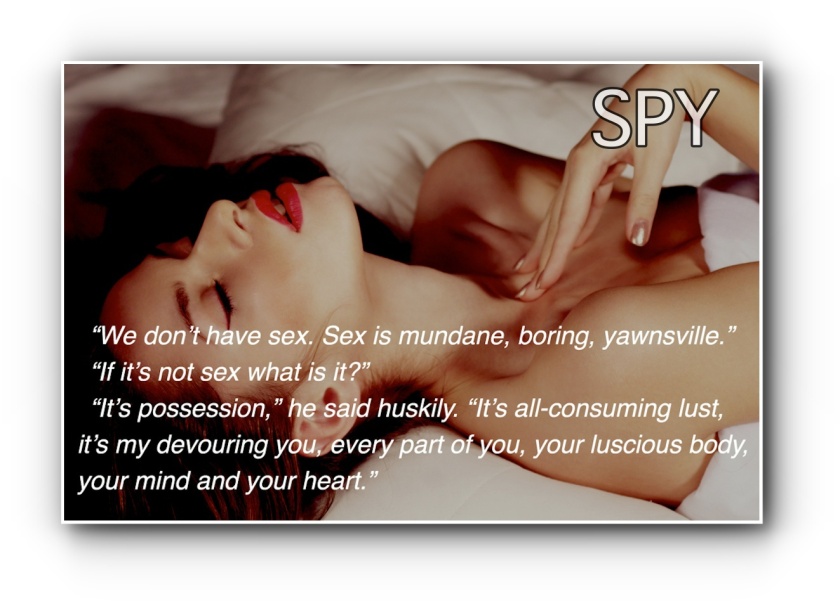 Natalie Freeman, a headstrong, talented art historian, is staring in shock at the man who has broken into her hotel suite. He also broke his promise and her heart two years before. Her fury at his betrayal still burns in her soul, but she’s never stopped craving his decadent desires and take-charge passion.

Oliver Barton, a spy for a secret organization, has been searching for the red-headed spitfire since circumstances ripped them apart. He has finally found her, and to his dismay she’s working for a ruthless Russian gangster, Victor Pichenko.

But Oliver is on assignment, and though he can rescue her from the clutches of the murderous mobster, the perilous mission will put them both in grave danger.

“When we were separated I wasn’t a monk, but you were always with me, always on my mind, and I was always wishing I was with you.”

“You’ve made me all gooey.”

“Like soft caramel? Then I’ll have to eat you up,” he purred, softly kissing her neck, “but what was it you were thinking about when I walked in?”

“How amazing it is when we have sex.”

“We don’t have sex. Sex is mundane, boring, yawnsville.”

“It’s possession,” he said huskily, moving his lips to her ear. “It’s all-consuming lust, it’s my devouring you, every part of you, your luscious body, your mind and your heart.”

She was utterly lost before he’d even finished speaking, and as his mouth kissed its way to her breasts and hungrily sucked her nipples, she moaned loudly and raised her chest.

“It’s owning your pussy,” he breathed, slipping his fingers between her legs, “making you wet like this, then ravaging you with my cock.”

Moving on top of her, he placed his member at her entrance and thrust home, and as he began to stroke she clung to his back, loving the feel of his powerful member and the rasping of his chest hairs against her nipples.

“It’s bending your body to my will,” he continued huskily, “controlling its responses, feeling your willing surrender.”

“I can take you higher and higher,” he purred, his lips at her ear as he accelerated. “You can feel me lifting you.”

“And I can bring you back down,” he crooned, slowing his strokes, “but still make you feel things.”

Staying buried inside her, he returned his mouth to her breasts, initially lapping, then nipping, making her squeal, then suddenly withdrawing he knelt up, deftly flipped her on to her stomach and pulled her hips into his pelvis.

“It’s also smacking your ass,” he said sternly, landing his hand with a volley of hot slaps, “chastising and dominating you. Beg for more, Natalie!”

“That’s not begging,” he scolded, teasingly rubbing his cock at her entrance. “Try again.”

“Please, Sir, please spank me harder. I need you to, please?”

Thrusting back inside her, he began spanking with one hand, dropping the other against her pussy and searching out her clit. As he urgently massaged the magic nub he could feel her walls pulsing against him, and hear her groans growing more fervent. Clasping her hips he began to pummel in earnest, pounding her pussy with quick vigorous strokes.

“It’s taking you to the edge,” he exclaimed, then stopping abruptly he added, “then saying no.”

“It’s hearing your need,” he said, unexpectedly softening his voice, “and giving it to you.”

Gripping her tightly he began to move, slowly building her back up, gaining momentum until her gasps told him it was time. Increasing his speed he rode her forward, and as she let out a series of wild cries he let himself erupt, and shuddered through his powerful climax.

Find out more about Maggie at the following places:

Read one of my sexy shorts for FREE when you subscribe to my newsletter!