Good morning. It’s only nine days until the release of The Viking’s Possession, and the cover reveal begins tomorrow! To help contain my excitement, I’m staying well entrenched into my new, dark novel, and I want to share another snippet from this right now.

Warning, this romance is dark and intended for adults only…

As he opened the door he found her just where he’d left her. Clearly, the spanking last night had taken more out of her than he’d anticipated, or maybe it was just now the ordeal was taking its toll. Either way, it was nearly eight, and it was time for sleeping beauty to rise. He approached her slowly, towering over her scrunched-up body. The contrast between them at this moment had never been starker. Connor held all of the power. He was dressed, fed and had a day of plans and schemes in mind. His pet, on the other hand, was much more vulnerable. Naked, she was chained and leashed to his bed. She also had a beautifully reddened bottom, which seemed to speak directly to his cock.

Whilst he stood looking down at her, she stirred. Connor watched as her lids flickered open, and she took in her immediate surroundings. There was a moment of clarity when her eyes widened, and then she tilted her head to find him looming over her nudity. She jumped reflexively, and he struggled to contain the laughter which sprung from his lips.

He surveyed the carpet around her bed, and his eyes fell over the chocolate stains again. His pet would have to get better at drinking from her bowl if she wanted the luxury of sleeping in his room. Striding to the end of his bed, he unwound the chain from its place at the post.

“Come on,” he ordered, tugging the chain gently to coax her from the bed.

Molly’s gaze followed his feet, but she obeyed nonetheless, crawling behind him sleepily as he unbolted the door. Once in the hall, he guided her right, and back into the bathroom she’d visited yesterday. She crawled to the centre of the room, twisting to see Connor close the door behind them, before sliding another large bolt into place above her head. He hooked the end of her leash to the peg on the back of the bathroom door. That would hold her in place whilst he got things ready, and he turned to see her sitting back on her haunches in the morning light.

Fuck, he thought, watching the rays of light bounce of her dank hair. Even in this state of disarray, she looked amazing. “It’s time for your shower,” he murmured, breaking the silence.

Remember, The Viking’s Conquest is now on sale for ONLY 99c

and FREE if you use KU!

Don’t forget to add The Viking’s Possession to your TBR list and sign up here to get involved in the new release blitz! 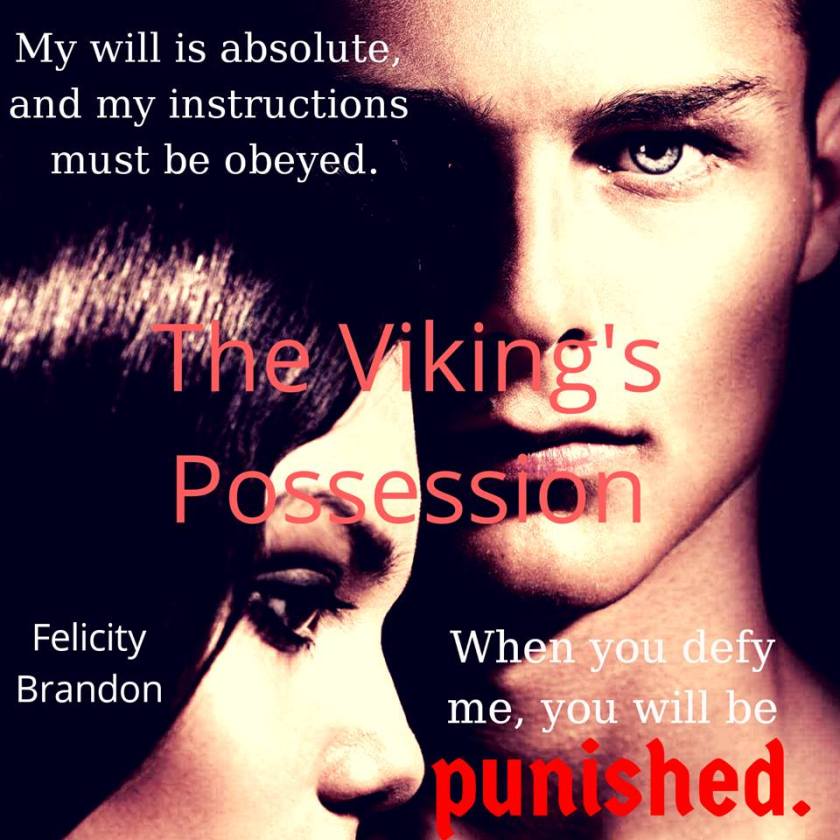