This week in the Never Ending Blog Tour, we have Kryssie Fortune joining us with a murder mystery that has a healthy dose of spanking! 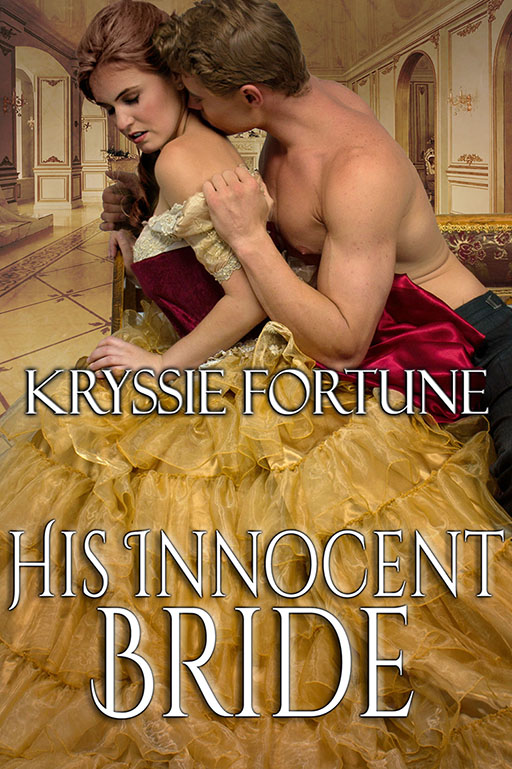 Consummating her marriage shouldn’t be so hard.

Raised in a dour religious sect, Alethea Allerton dreams of dancing, laughter, and love. She fell for the Earl of Deanswood within five minutes of meeting him. They married by special licence a week later, but he’d rather spend time with his mistress than bed his wife. Alethea has no idea how to seduce her husband. Desperate, she visits a house of ill-repute and hires a tutor. He agrees to meet all the costs as long as she remains blindfold throughout their lessons.

The Earl of Deanswood, a Waterloo veteran, wed Alethea to father an heir. He steps in as her tutor but he teaches her as much about spanking as sex.

Alethea survives an attempt on her life. Circumstances implicate Deanswood, and terrified, she flees London. He pursues her, and when he kisses her, she recognises the touch and taste of him. She’s hurt and humiliated by his deception.

Deanswood sets out to win back her trust. Along the way, he teaches her about ropes, spectators in the bedroom, submission, and sex toys. Only one thing mars their happiness. Someone wants Alethea dead.

Here is a quick excerpt:

Stonehurst’s eyes shone with mischief. “Your wife came to my establishment earlier. She offered me five guineas to fuck her.”

Deanswood spluttered and almost spat out his brandy. “She did what?”

Stonehurst leaned back and savored a second sip of his wine. “Do you want me to repeat it? After you’ve drawn everyone’s gaze? I didn’t take her money or screw her, of course. Let’s find somewhere to talk.”

Anger turned Deanswood’s features haughty and harsh. Fists curled, he glowered at his friend. Make that former friend. He’d rather beat Stonehurst senseless than talk. “You keep your bloody hands off her.”

All Deanswood had wanted was an heir and a spare. Instead, his wife barred him from her bed—unless a quick screw with no foreplay or kisses once a month counted. He’d rather have stayed single.

He’d dreamed of a wife with a warm smile and sweet nature. Curves that made his mouth water and his palms twitch would be a bonus. Leg-shackling himself to Alethea Allerton was the biggest mistake he’d ever made.

He should have made it clear that he expected to bear his children and submit to the occasional spanking. In return, he’d teach her about passion, bondage, and obedience. Until his mother-in-law collared him in the library, he’d been looking forward to his wedding night. His mother-in-law’s words had kyboshed that.

Stonehurst struggled to contain his laughter. “So, what really happened on your wedding night?”

“It’s none of your business,” Deanswood snapped.

Unabashed, Stonehurst grinned. “Your wife made it my business. Her dress sense is shocking. Is that why you couldn’t perform last night?”

Stonehurst was right. Alethea had involved him in the tangled mess of her marriage. “Did Alethea say I couldn’t… Of course, I could… Damn it, I don’t have to explain myself to you.”

“It might help to talk about it,” Stonehurst suggested.

Deanswood sighed. “Nothing else seems to. After I’d thrown Lady Babs out, my new mother-in-law collared me in the library. She read me an endless lecture on the sins of marital sex. I’d rather take a dressing down from Wellington than endure that again.”

Inwardly, Deanswood fumed. Why the hell had his wife waited until after the ceremony to send her mother to tell him she didn’t want sex? He supposed she was eager to get her grasping hands on his fortune.

Stonehurst’s teasing manner vanished, and he held up both hands, palm out. “I never touched her. We’re attracting too much attention. Walk with me.”

Deanswood had fought alongside Stonehurst in the Peninsular War and again at Waterloo. They’d shared too much to fall out over a woman. That said, Stonehurst enjoyed the earl’s discomfort far too much.

Kryssie reads everything and anything, from literary fiction to sizzling romance. Her earliest memory is going to the library with her mother. She can’t have been more than two at the time. Reading, especially when a book’s hot and explicit, is more than a guilty pleasure. It’s an obsession.

Kryssie loves to visit historic sites, from Hadrian’s wall to Regency Bath. The first book she fell in love with was Georgette Heyer’s The Unknown Ajax. After that, she devoured every regency book she could. After a while, they went out of fashion, but part of Kryssie’s psyche lives in in in Regency London. She longs to dance quadrilles and flirt behind fans. Of course, Kryssie’s heroines do far more than flirt.

One thought on “His Innocent Bride by Kryssie Fortune”