Our stop on the Neverending Blog Tour this week is Submitting to the Cowboy by BJ Wane! 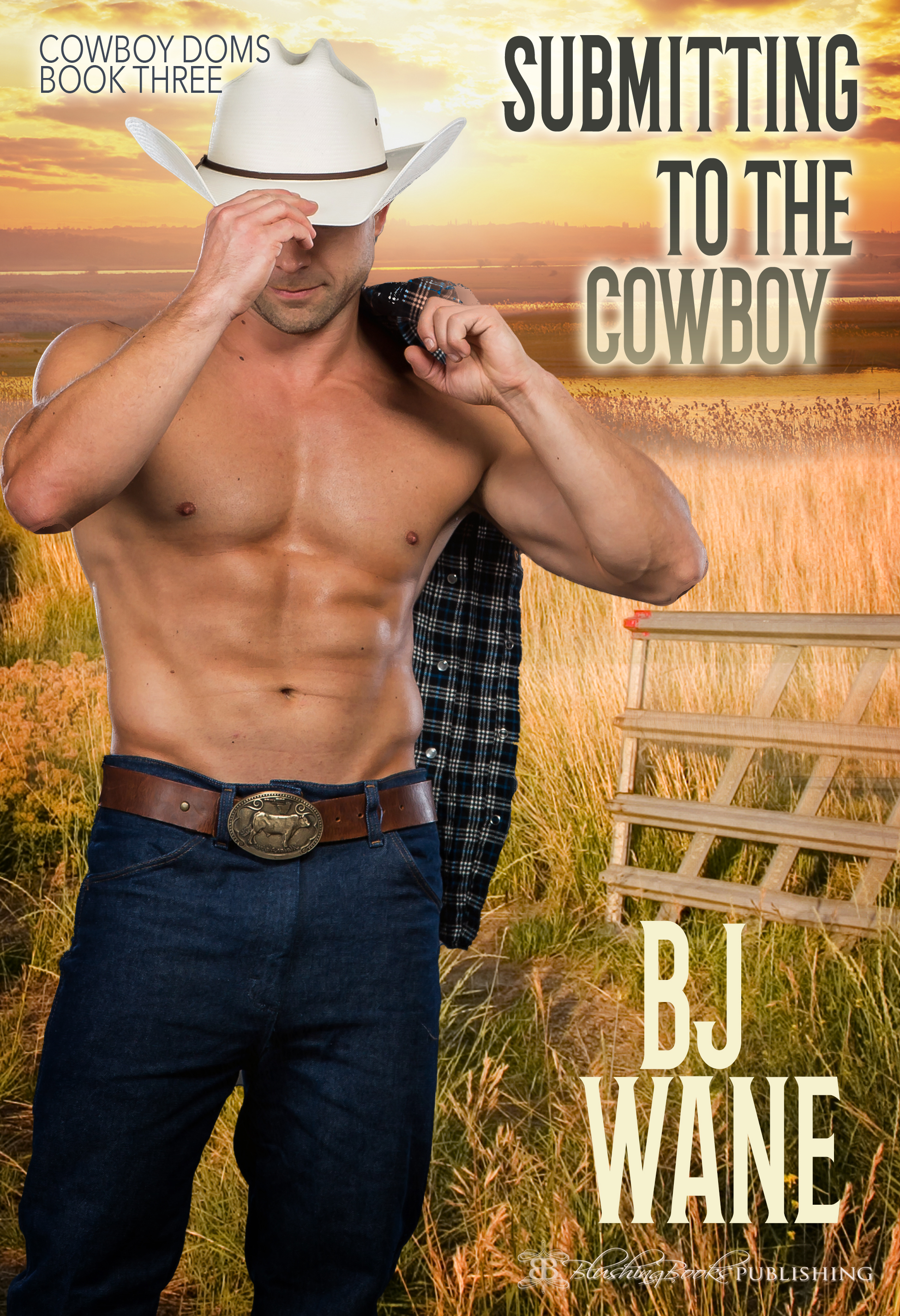 Tamara Barton had lusted after Connor Dunbar ever since she was old enough to know what those stirrings meant whenever he was near.  Connor’s refusal to see her as anything but the young girl he’d befriended and protected for years soon drives them apart, but not before she catches an up-close, personal glimpse of him exerting the dominant control she’d heard rumors about.

Connor regretted the harsh words he’d spoken to Tamara when he caught her spying on him as much as his lustful response to the look of need reflected on her face.  He’d been looking after the neighbor girl since the moment he saw her falling off her first horse at the age of ten and didn’t plan on stopping now that she was a grown woman who thought she wanted their relationship to go in a different direction.  He knew his sexual proclivities were not for the young, sweet kid he was so fond of, and wouldn’t jeopardize their special bond by giving in to her desires.

This is book three in the Cowboy Doms series but reads as a standalone.

Publisher’s Note: This contemporary western romance contains elements of mystery, suspense, adult themes, power exchange and sensual scenes. If any of these offend you, please do not purchase.

Exasperation flashed in his eyes. “Damn it, Tam, I doubt you’ve ever even been spanked.”

“I might have been if you hadn’t interrupted me the other night,” she shot back, equally frustrated with his obstinance, no matter that it stemmed from caring and concern.

Before she realized his intention, he grabbed her hand and tugged her over to the desk, maneuvering her in front of him. With a hand between her shoulders, he pressed gently, bending to whisper in her ear. “Lean on the desk. Show me you’re willing to experiment with this side of my lifestyle.”

His warm breath fanned the side of her neck, raising the tiny hairs on her nape, his words conjuring up all kinds of scenarios. Her voice shook as she whispered, “We’re not at the club. This is where I work, where someone might come in.” The next appointment wasn’t for an hour but that didn’t mean someone else couldn’t pop in. The very thought sent a flare of heat up her core. When had she become such a pervert? The silent question accompanied her descent over the desk as she braced on her forearms, her only thought to show him how serious she was about continuing with her submissive education. His sudden indrawn breath followed with the brush of his palm over her buttocks. She trembled, thinking maybe it was just Connor who turned her into a promiscuous deviant wannabe.

“Why do you have to be so stubborn?” he bemoaned as he palmed her right cheek. “This is wrong in so many ways, I can’t even begin to count. Remember, this is your doing.”

The sudden impact of Connor’s hand smacking her bottom jarred Tamara into an acute awareness of the minor discomfort, and how it seemed to feed the lust she harbored for him. Another spank followed the first, this one on her opposite cheek, delivered with a touch more force. She jerked, a small whimper escaping at the startling warmth spreading across her backside.

“This is just a taste of what subs are subjected to if they agree to play with a Dom.” Two more swats, each a little harder, jiggled her buttocks and built on the heat now expanding from her butt up between her quaking thighs. “Think long and hard, little one, because trust me, I’m being very,” smack! “very,” smack! “nice.” He ended the teasing torment with an almost casual exploration of her cheeks and then squeezed each throbbing globe, the tight grip emphasizing the ache and stirring her arousal.

Shaken, Tamara tried to lean back against Connor as he helped her straighten, but he shifted away too fast, leaving his hands on her upper arms until she steadied and turned to face him. With her face burning, her heartbeat thumping like a crazed bat and her warmed buttocks pulsing softly, she knew her face reflected the desire she couldn’t deny.

Connor dropped his hands as if burned and stumbled back a step, shaking his head. “You’re impossible. I’ve got to run. We’ll talk later.” Without another word or backward glance, he pivoted, snatched his hat off the hook and dashed out as if the hounds of Hell were after him.

Be sure to one click this hot contemporary western today!!

You can find BJ online:

Have you grabbed The Dark Necessities Trilogy?
Now free on Kindle Unlimited!