Hello everyone. I’m super excited to share with you my new cover for Fallen! This is the second book in the Dark Necessities Prequel trilogy I am writing. Pick up where we left off with Flawed in this book, what will happen between Lily and Ethan??? 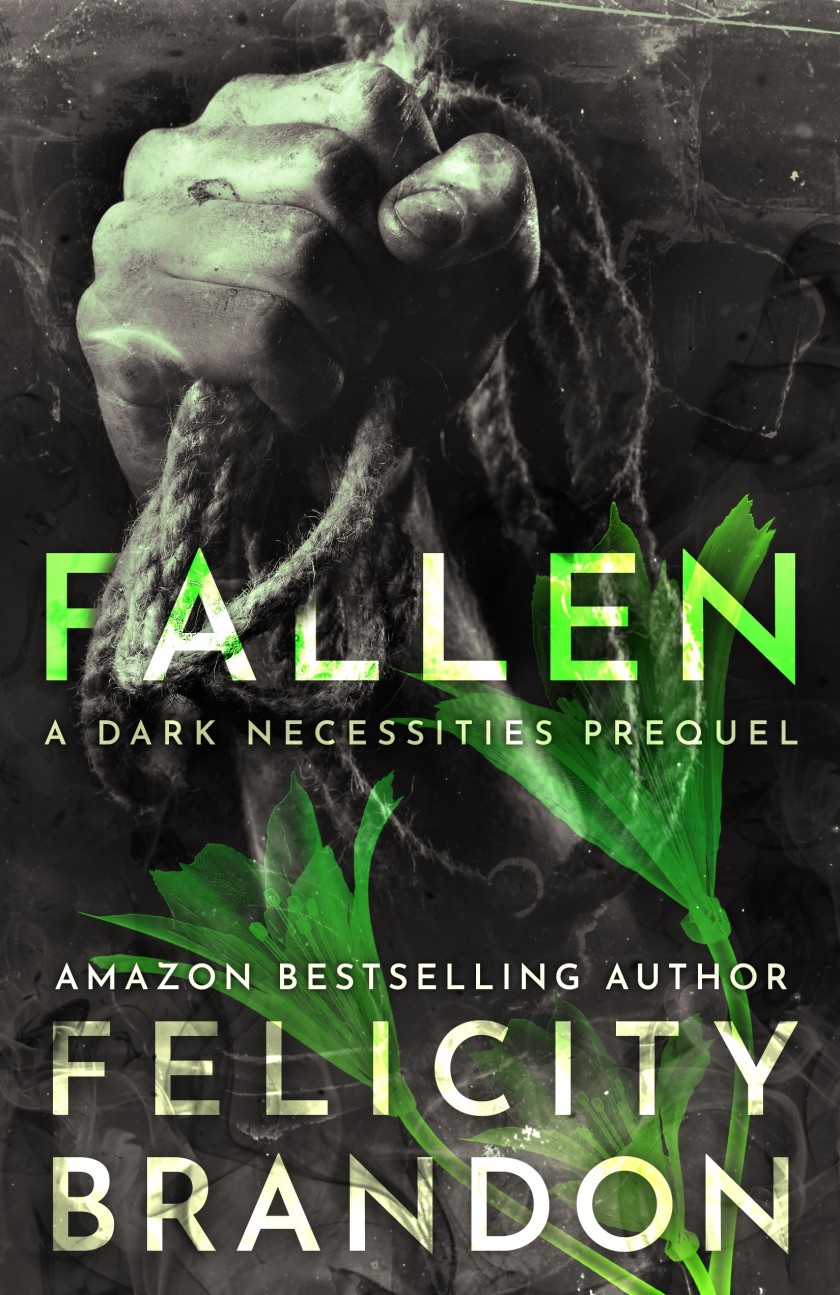 Check out this steamy excerpt from Fallen—I cannot wait for you to read this book!!

His name escaped her lips in a panic as she felt the final tug of the binds against the wood above her head, and a moment later his face came into view.

His face was so calm and his expression so in control. It was as infuriating as it was sexy as hell.

“Please, sir, don’t leave me here!” she whimpered as he settled against the side of her body. “I’m sorry I abandoned you yesterday, but please don’t.”

A part of Lily hated how pathetic she sounded at that moment, but there was no choice—she had no choice—and if this was the only chance she had to plead, then plead she would.

She gasped at his words, her mind still racing despite his assurances.

“Now,” he purred, tracing a finger along her exposed midriff as he continued. “All you need to do is lie back and listen. Can you do that?”

Lily nodded, though if truth be told, she was more than a little distracted by the path of his finger, which was right at that moment circling one, and then the next breast with soft caresses that made her want to pant.

He was gone then, rising to stand beside the bed before he strode to the end climbing back onto the covers between her naturally splayed legs.

“The rules for today are really simple, Lily,” he told her in a tone that made her hips roll forward. It was as though he had hypnotized her body somehow, and now it was obeying his orders, and not her own. “Your job is two-fold.”

Their gazes locked as he edged closer toward her sex, his knees nudging her legs even wider as he went.

“You will endure for me whatever I choose to bestow upon you.”

Ethan’s words echoed around the small master bedroom as though they were an edict from the gods, and in a way, they were. Ethan was the closest thing Lily was ever likely to get to a god, especially now that she was effectively harboring him from the law, and as she eyed him between her thighs, she was struck by just how powerful the man seemed. All of a sudden, it was far too easy to imagine him extinguishing the lives of all those women. The potent combination of his charm, looks, strong muscular body, and his ability to know what others were thinking would have meant that none of them even had a chance.

Ethan was a predator.

She could see that now. Maybe he was even the perfect predator…

“And the second part of your job.”

The steel in his voice shattered Lily’s thought process, and she locked eyes with him again as he delivered his final verdict.

“Do you want to know what it is, little Lily?” he goaded, pressing his palms down at either side of her chest, and lowering his sculpted body over her soft skin.

She gasped as their flesh made contact, arching her back and squeezing her eyes closed as a spike of pleasure whipped through her. “Yes,” she panted with obvious need. “Yes, sir.”

“The second part is that you do not, under any circumstances, have my permission to come.”

Lily blinked her eyes open at him, certain that she must have misheard the man.

“No,” he told her with a soft, taunting laugh. “You didn’t mishear, beautiful. That is your punishment. I am going to keep you on the edge all fucking day, and you’re not going to be allowed even an ounce of pleasure.”

Be sure to click here to pre-order this book, so it will be on your Kindle first thing in the morning on June 26th!