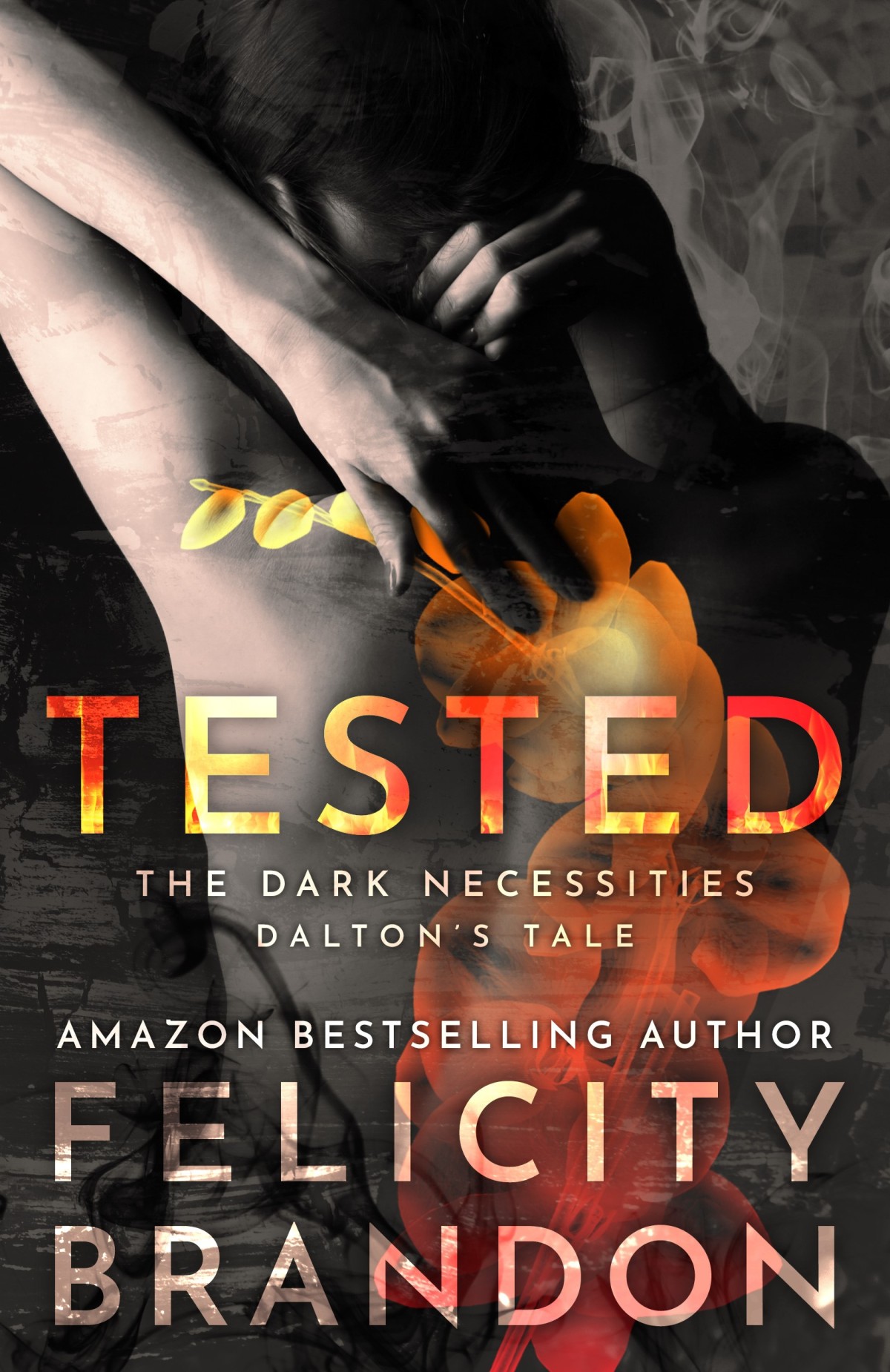 This is the final instalment of Dalton’s tale

and the conclusion to the Dark Necessities Series.

I can’t wait to hear what you think about the ending.

Watching Delilah being taken was a nightmare.
Living without her is an even bigger hell. Delilah isn’t Hyland’s property.
She belongs to me, body and soul.
I was beaten half to death when she was snatched away.
I may be in a hospital bed, but this isn’t over yet.
The story hasn’t even begun.
Hyland will pay for his sins.
For destroying my world.
I’ll bring Delilah back to where she always belonged.
In my arms.
In my future.

Tested is the third book in Dalton’s Tale and the final book in The Dark Necessities series.It’s a dark romantic thriller with a HEA. 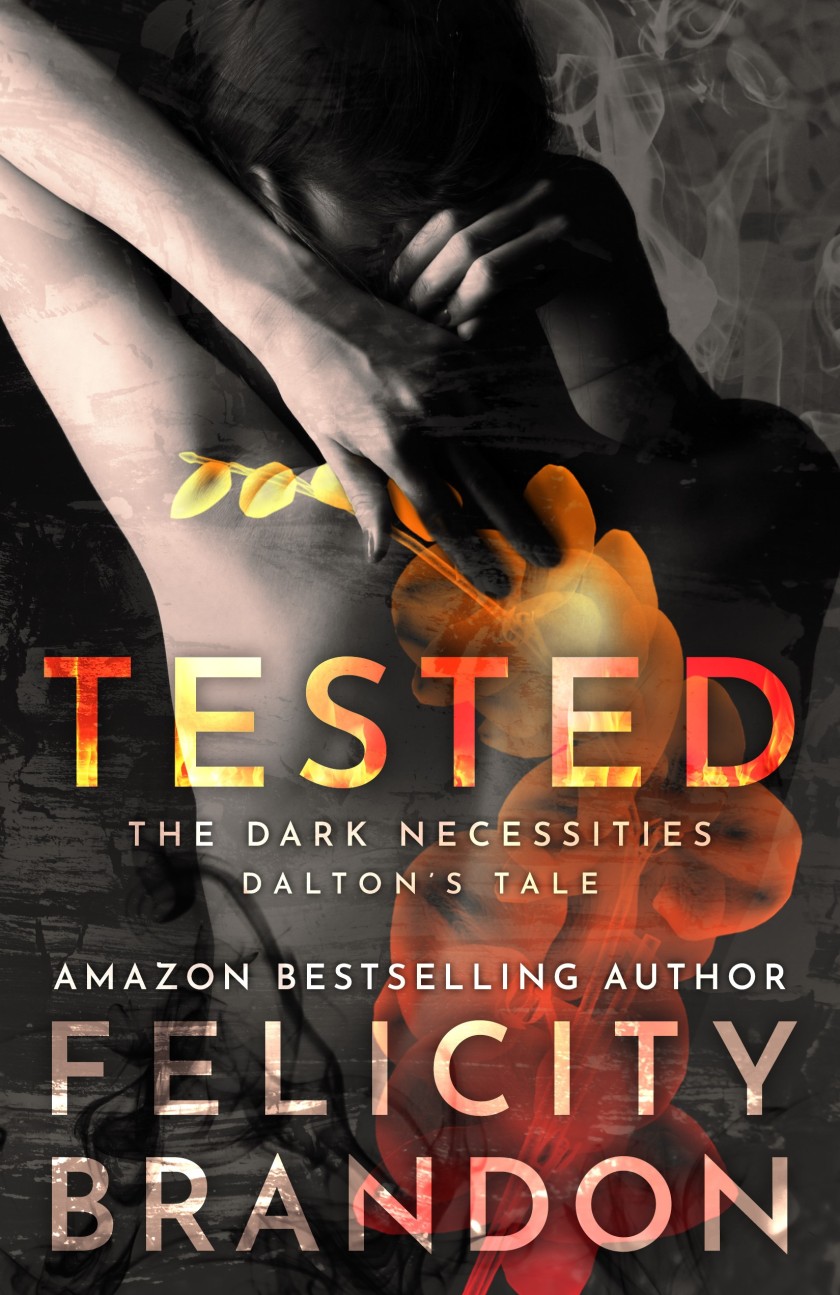 Check out this steamy excerpt from Tested!

“I wouldn’t go anywhere if I were you.”

Delilah couldn’t see the face of the one holding the gun, but she froze with terror. She hated firearms with a vengeance. Over the years, Delilah had seen the damage they did, and it never got any better.

She panted into the plastic as all three men around her slowly complied.

“Whoever you’re working for, I hope they’re worth it.” The one at her left spat the words out in a pretty cocky tone for someone who had a gun pointed at him. “Because you’re a dead man.”

The barrel of the weapon pressed into the back of his head, and for one, nausea-inducing moment, Delilah thought the unknown assailant was going to blow his brains out.

Time protracted as the scene unfolded in front of her, and all the while, she was bound and gagged, unable to get away, unable to even call out.

She was so consumed with the horror show playing out before her, she never heard the approach at the other window. It wasn’t until the glass smashed and the end of yet another gun was shoved inside, aiming at the other moron, she realized they were surrounded on both sides, and whatever the hell was going on, it was playing out in the middle of the central London rush hour.

Delilah screeched, scooting left to avoid the fragments of glass, though she was already sure a few were lodged into her flesh.

“Don’t even think about doing anything stupid like reaching for your weapons.” Another voice, this time from the right. “Do as you’re told, and this will all be over and done with.”

“Get out and down on your knees. Hands behind your head.” The command was called from the open doorway, and the gun was jabbed harder into the side of Hyland’s guy’s face. “Now.”

For a lingering second, she locked gazes with the guy who’d taken such pleasure in degrading her, then he was gone. Easing out of the car backward, she watched as he was kicked to his knees, the gun insistent at his temple.

The growl of the unknown male voice resonated, and from somewhere at the back of her mind, Delilah thought she recognized it, but she couldn’t allow herself to believe this was some sort of twisted rescue attempt. She couldn’t hope. Men like Hyland had lots of enemies, and the gun-wielding men could still represent danger, maybe more danger than Hyland.

“We don’t have time for this shit. Just do it.”

Her heart seemed to stop beating with the instruction. She had no sympathy for the man who now knelt beyond the car door, but she also had no desire to see him executed. Acting on instinct, Delilah squeezed her eyes closed, braced for the sound of gunshots, but it was a dull thud which inspired them to flicker open once more. She just caught sight of the wrong end of the weapon colliding with his skull before the light went out in his eyes, and he collapsed to the concrete.

“Get around there and cover me. He won’t be out for long.”

The sound of heavy footsteps conveyed the fact someone had responded to the order, and stepping over the body of the guy who she’d been sandwiched between, someone new appeared.

Except it wasn’t someone new at all.

It was the face of someone Delilah assumed she might never see again.

Be sure to grab this book today! 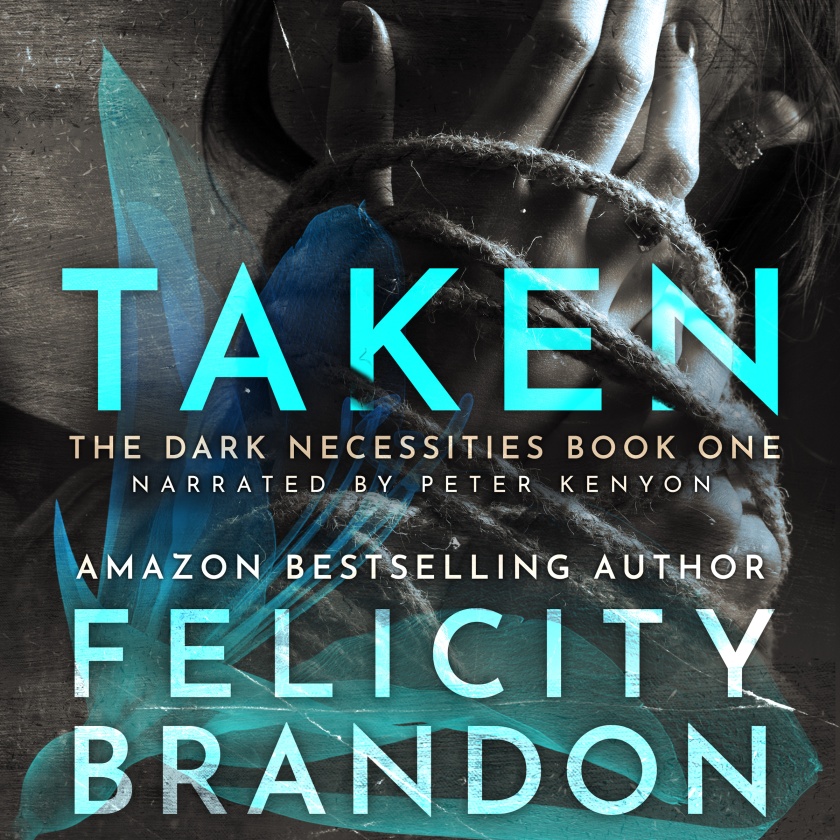