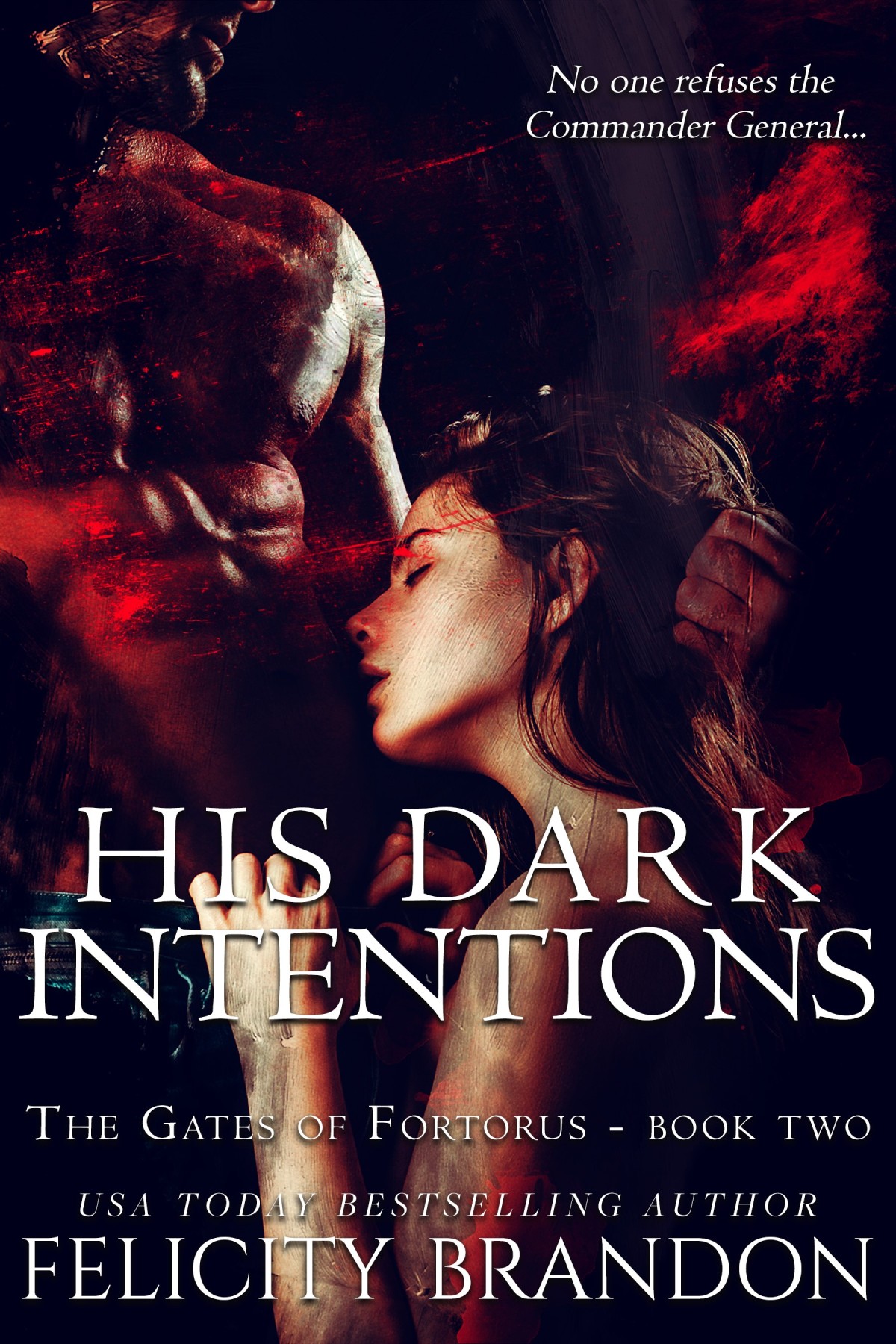 I have another incredible cover release and new preorder for the next book in The Gates of Fortorus Series, His Dark Intentions.

“I’m in charge of the largest retention camp in the country.
There’s no one I can’t have.
So, what is it about this woman that inspires such fascination?
Why can’t I just leave her behind?”

A country I barely recognize.
I’m a founding father, the Commander General of Fortorus, but just like the prison camp, my values are creaking at the seams.
Do I still want to follow the lead of our glorious President–
A man so consumed by power, he’s prepared to do just anything to hold onto it?
Or will the captivating Caroline be my downfall?
I can’t forget her mesmerizing charms, even though I know I should.
It’s time to make up my mind.
Time to get what I want.
No one refuses the Commander General.

His Dark Intentions is a full length novel and the second in a new dark dystopian romance series. Contains dark scenes which may offend some readers.

Here’s book one in the series.

“Fortorus they called it—for the brave—but this place wasn’t about fortitude or resilience. This was a place to put us until they decided what to do with us, a place to break us down. It was hell.”

A dark, dystopian place where rights have been eradicated and the rule of law is controlled by white, overbearing men with expensive educations and dangerously high cholesterols. Women are rounded up, and herded into a prisoner camp called Fortorus.

That’s where I find myself.

At the mercy of the malicious men in charge.

But in the midst of this bleak nightmare, I forget the most basic rule of all.

Never fall in love with the enemy…

Her Dark Protector is a full length novel and the first in a new dark dystopian romance. It contains dark scenes which may offend some readers.